I have not yet posted an Index to my reviews here, but this is #22 of the series of reviews about the field of Science Fiction Romance, Paranormal Romance, and related genres and what you can learn by studying various novels "published as" various genres.

I particularly focus on "ingredients" in other fields that can be smoothly blended into a dynamic Romance plot.

The results of a smooth blend are clear in the Historical Romance field.

Growing up in an oppressive environment cripples and warps most Personalities, so that the occasional individual who weathers the storm of denigration and negative messaging becomes a social outcast among her compliant peers.

But such defiant individuals have existed in all epochs of human history.

Look to the Biblical story of Dinah, of Deborah, of the several named Yehudit.  Look to the female Saints.

It isn't womanhood per se that determines whether you are outstanding, exceptional, defiant, un-bendable, or in the parlance of the writing craft, A Hero. 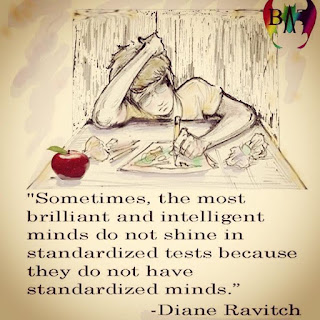 The hallmark of most science fiction is that the central character, the Hero or Point of View Character, the protagonist is one of those Unbendable humans who marches to his own drummer.

I haven't seen any research on this, but just scanning the people I know and their life-stories, I can't see any difference in the percentage of those Unbendables who are male vs those who are female.

Parents of an Unbendable usually see they've spawned an Ugly Duckling very early in the child's life.  Some Parents are proud of that kid -- others keep trying to bend them.

To study the Unbendable as a Character, read (and it's a joy and a delight, not like a school assignment task) Karen Chance's series about her Unbendable character, Cassie Palmer.

It's Paranormal Romance, but the Romance plot develops very slowly over the story-arc of the novels. 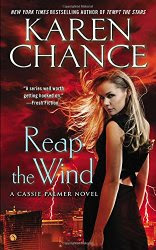 The 7th novel in the Cassie Palmer series is titled REAP THE WIND.

Here's her page on Amazon where you can "follow" her and get an email when a new book comes out.
http://amazon.com/Karen-Chance/e/B001I9Q83A
All these novels are recommended, but they are so well written that you can dip into the series at any point and completely understand the action and romance.

The entire (long) novel is Cassie's increasingly desperate attempts to rescue the guy she loves, a Soul Mate from a very neat, (original) curse ripped from the Arthurian Legend headlines.

This fellow was/is the Merlin of Arthur's Kingdom.

Legend has it Merlin "lived backwards" -- a concept not explained in most Arthurian literature.

The science fiction part of this Fantasy-Romance is the precise, scientific way the Curse is explained and the way to lift the Curse is posited.

Karen Chance has used the best skills of Game Oriented Worldbuilding to create a Magic dimension that makes sense.

The Situation is that long ago the Greek/Roman gods were swept out of our Reality and walled away from us.

The project of building that magical wall was a team effort, spearheaded by one of those Unbendable types, a woman.

Now, another group of women, bent on siezing Power, have decided to bring back one of those gods.  Like most Sorcerer Apprentice thinking, they truly believe they can control the results of their initiative to their own advantage.

Cassie has been "chosen" by some kind of Magical Power to fill the (always female) office of Pythia, a Seer who can transcend Time and implement various sorts of Magic, given enough training in youth.

Cassie has not had any of that training.  She's learning as she goes, beset by enemies who leave her no time to learn.

She was raised by a formidable crowd of Vampires, short tempered folks with way more Power than is good for the world.  She learned to become inconspicuous, quiet, un-noticed lest she set off a violent storm among those Vampires.  But she is an Unbendable.

Despite her up-bringing, or perhaps because of it, she arrives at adulthood with the habit of thinking for herself, charting her own course, making her own decisions, and not standing in awe of what appears to be Authority wrapped in Power.

In other words, she is your typical science fiction hero.

She asks pesky questions, finds her own answers, doesn't totally believe anything she's told until she verifies it, plunges ahead with action based on whatever theory she considers most probably correct, and in the process takes a lot of personal, emotional, and physical damage -- and comes back swinging, relying on her next best theory.

She's a Strong Character, in the definition of the publishing industry.

Here are some of my previous posts on publishing's oft-repeated demand for "strong characters" -- a demand most beginning writers mis-interpret.  Karen Chance has gotten it right, so study Cassie Palmer for the traits highlighted in these posts.

And for Romance writers, I particularly recommend:

The Unbendables are only one sort of Strong Character.

The Unbendable Trait tends to generate fanfic about testing that character to destruction to find out what is inside the Unbendable shell.  That is the origin of much of the fanfic often called "Get Spock."  Or even, "Hurt/Comfort."

Before you can destroy (e.g. Bend) a Character with dramatic impact, you must first convince the reader the Character really is Unbendable, or Strong in some other way.  Towering, Formidable, perhaps justly Famous, or Great.  The Purely Strong Character invites the reader to destroy him.

This is why Superman collapses under the rays of Kryptonite.

But note that when stripped of his Powers, Superman adheres to his values.  How you regard Risk, and how you take Loss indicates whether your Character is Strong or Weak.  Adhering to values despite pain, loss or any other threat is Strong Character.

Every Unbendable Character must have a flaw, a crease, a crack, a weak spot.

Now look at Cassie Palmer's physical appearance.  She is short, built slight, -- wiry strength but no Titan.  She doesn't look formidable.  Physically, she is a mouse.

Then the Power chooses her to be Pythia -- which gives her access to Abilities Beyond Mortal Men.

But she has no clue how to use this Power.  To wield it as she would wish to, she would have had to be raised in the Pythia's household and trained to be the Pythia successor.

The girls who were so raised work to unseat Cassie from the Office of Pythia (i.e. kill her).

And the Pythia's Office itself has enemies out there who are not resting while Cassie learns the ropes. They do politics with explosions, spells, poisons.  They look for definitive solutions to the problem of Cassie Palmer.

The one ally she knows she needs is Merlin.  Her enemies win one by removing his Soul with a Curse that sends it backward in Time, skipping from one era to another, arriving to "inhabit" his own (somewhat immortal) Self, then skipping on --- a little like the 1989-1993 TV Series Quantum Leap.

Note how this theory explains the legend of Merlin "living backwards" and thus "knowing the future."

Cassie's current strategy in Reap the Wind is to remove the Curse on Merlin by time-teleporting back the one man who has the ability to cast a Curse-Removal-Spell.  The hitch is that she must go with him.

If they can catch up to Merlin at a moment when his future Soul is passing through backwards in time, and get that Curse-Removal-Spell thrown just exactly right, they can save Merlin's life and return to present time with a strong ally who knows a lot more magic than anyone else.

Cassie has limited energy for such Magic Stunts as transporting two people back thousands of years in time, or into the Realm of Faery.  She is kept scrambling and using more energy than she can afford by the former Pythia's students trying to derail her efforts to save Merlin.

REAP THE WIND is one wild time-travel-chase-scene liberally salted with mortal-combat and magic battles.

The action/battle scenes would make wondrous Indiana Jones style film material if this series is ever made into a TV Series or film.

As I've noted on many occasions in these blogs, the trend in novel publishing is toward the same structure that draws millions to theaters, as opposed to the few hundred thousand who buy any given novel in print, e-book or audiobook.

Romance Readers have an insatiable taste for Action today.  REAP THE WIND definitely provides a feast of action.

This novel leaves you eager for #8 in the series titled RIDE THE STORM -- a title that promises more breakneck action between love scenes.  "Follow" Karen Chance on Amazon to be notified when it is available.