In Part 1, we looked at the component of Artistic Composition.

Now, in Part 2, we will look at how to compose the vision of another world, or a futuristic world, using the techniques of science fiction to weld a science story to a Romance.

Pick a science - for example, let's look at sociology or psychology, "soft sciences." 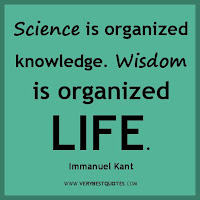 If you need to detail the invention of an FTL space drive, you need to pick astrophysics, or something mystical.  For this exercise, let's look at the notion of "Ripped From The Headlines" as the source of story ideas that sell to wide audiences.

The purpose of this blog is to explore what Romance writers can do to create the Romance Genre version of Star Trek and Star Wars - reaching audiences that actively loathe the genre you are selling them and convincing that audience that they've been missing something.

We have spent a few months exploring the loathing for the HEA, the Happily Ever After, ending which is the primary signature of the Romance Genre.

Readers want a "complete story" -- a story that starts with the explosion of a problem into the life of someone they can understand.

People want Characters struggling to do something they are now doing in their life, so they can watch the Character succeed in the struggle by inventing a new solution to the problem.

So let's look at a problem in sociology -- Fake News Media Bias.

The way events are revealed and covered in the media today irks a lot of people -- and it irks both ends of the political spectrum equally.

People don't want to be told what to make of an event, an utterance, a proclamation, or Supreme Court Decision.  They just want to know what happened, who did what, and how it relates to their prospects for succeeding at (whatever they are doing) life.

So figure out what irks audiences about the Media representations of current Events (politics is always fertile ground! But on the whole, leave the "media" out of your story, and plot, and present all sides of the political argument in the headlines.)'

You want to write a Romance -- you don't want to identify X or Y as fake news. 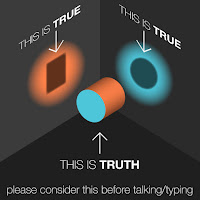 So imagine a Visionary "future human dominated Earth" where news is News, not Fake and not True, but just News.  Imagine a civilization where the problem has been solved and everyone is deriving their diverse and contrary opinions from the same Facts.

That Vision you imagine is the ENDING of your Romance, the HEA.

Now, work backwards to the problem that combining the Two Characters into a Harmonious Couple will solve.

The problem is a society that is in perpetual angst over what is real being mixed up in what a malevolent manipulator is weaving into the warp and woof of the society's fabric.

So your opening might be a College Graduation ceremony where, at a party after the ceremony, someone misbehaves egregiously and there is consequent media coverage at variance with what your Main Character witnesses.

Then there's a Court case.

Suppose the witness is deeply involved with the miscreant and called to testify where the junior most lawyer on the prosecutor's team is a fellow graduate who also witnesses.

Chapter Two is the court decision being handed down in accordance with the imaginary (or rigged ) facts as reported in the media, not what these two witnesses saw happen.

Chapter Three is the two of them together at some kind Event generated by the Court decision.  At this point they are not friends.  An Event happens, and they discover each other as potential Soul Mates - sparks fly.  They each offend their employers in some way because of the sparks.

Job hunting results from them both getting fired over their argument about the court case results.

Chapter 4 has them meeting again by forces beyond their control, not a random force, but one generated by the Event where their Sparks Flew resulting in unemployment.  Could be a job fair, or a volunteer stint at say, Habitat for Humanity.  Choosing these Events venues, and purposes is all done by consulting your Theme and manifesting the thematic statement in the choices.

The choices of events are also rooted in the Worldbuilding you are trying to do, Portraying the Society that is having this problem they will address.

In Chapter 4, they combine forces, (willingly or unwillingly) to address the problem of facts and imagine an impossible world --- and create it.

You see how the HEA is built into the beginning here.  It is an example of  Theme-Plot-Character-Worldbuilding Integration.  Here is the index to that series of posts:

The problem is presented, the solution is clear -- and "happiness" will result from solving this problem (ever after is another issue -- keep the suspense rolling tighter and tighter until you reveal the ever-after part (probably marriage proposal).)

Here is the Index post to Believing In The Happily Ever After:

Chapter 5 is a meeting, maybe over coffee at a busy lunch venue, where the two of them hatch a plan to launch a New Media Company, a web-casting channel with key News Programming (and maybe a blog).

If you need a model for what they can do, and ways it can fail (to keep the suspense up) look at two, twin, commercial news efforts that are working in our world today.

Along the way, they have to discover the concept The Overton Window (key events that pivot the World into a new direction - really change society's values).  Here's a Post on that topic:
http://aliendjinnromances.blogspot.com/2010/10/glenn-beck-didnt-invent-overton-window.html

The Overton Window is the subject of their conversation over coffee - the scribbling on a napkin probably happens as scribbling on their phone screens set for note taking by hand, diagrams, doodles.

And you have to look at the recent history of companies entering the Streaming News business that may be seen (one day) as Overton Window Events.

CRTV has almost put The Blaze out of business -- both tend toward the lurid tabloid end of the spectrum and neither (as of 2018) seem to have their own news gathering operations.  They both sell commentary, not real-time-event-tracking.

When CNN launched as the first news-only Cable TV channel, it launched with a huge investment in (then new) satellite communications mounted on mobile units, and sucked in correspondents and support teams from established networks struggling to make the transition from broadcast to cable (because cable was where the advertising bucks where going).

In 2018, we are watching advertising bucks shift into mobile and streaming ventures.

So currently, there are a few launches of streaming news services (check Roku's list of channels, and Amazon, and Netflix).

The barrier to entry into the Streaming Live News Space is the financing to hire proficient roving news gathering crews, be on the spot, cover breaking news.

Another entry barrier is access to a deep and rich "morgue" -- newspapers used to call the file of previous issues their "morgue."  Today it is a searchable database of sound bytes and video clips  to which you own the copyright.

Both of these barriers can be used as plot-conflict generators, and if done correctly could run this Futuristic Romance out to 5 or more novels.

Here are some previous posts linking to these concepts:

Making a Profit At Writing In A Capitalist World
http://aliendjinnromances.blogspot.com/2016/10/marketing-fiction-in-changing-world_11.html

Keep The Press Out Of It
http://aliendjinnromances.blogspot.com/2014/06/information-feed-tricks-and-tips-for.html

There are Venture Capital incubators and start-up processes for new ventures all over the map.  Most start-ups (over 90%) fail, and most of the rest are being built merely to be sold to "the big guys."

Considering this streaming start-up venture coming up against these barriers to entry into the live-news "just the facts" coverage (which is very unpopular at this time), your new couple with a vision and a wider social justice ambition to fix the world, you have enough plot material for a very long series as their Relationship develops, strains, maybe shatters, reforms, all over the business decisions they must make to create their News Venue.

Maybe they start envisioning a TV channel and end up creating something akin to Reuters or AP - an aggregating news service the big guys (NBC, CNN) subscribe to.

So think about the titles for News Shows to put on this hypothetical streaming service.  Maybe the news show titles could become book titles if you outline a long series.

Just The Facts  (talking heads)
Live Update  (Field Correspondents with an Anchor)
Trends  (statistics and charts)
Believe It Or Not ( Items of Breaking News that may not be true)
Around The World (what other countries are telling their citizens.
Confirming Suspicions (which Breaking News is true)

Keeping inventing News Show titles and slants that simply will not sell advertising in today's world which lusts after juicy gossip, ain't it awful, and the latest name-calling shouting match.

The less commercial your title idea is, the more likely your Couple will try to make it fly -- or hire an Anchor who advocates it.

Do you know how to write a News Headline that does not reveal your personal bias?  Try it.  Read some news items and rewrite them without any slant or bias.  It is not easy to avoid "leading" the reader to interpret the significance of an event the way you see it.  Practice and see how much Romance there actually is in the News Game.