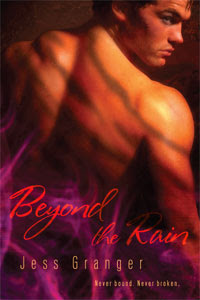 
Why does the universe have to be so complicated? Because I say so, that’s why.

Sometimes I wish world building weren’t such an intricate challenge, yet every time I approach my dealings with intergalactic politics within my books, I feel this urge to make things complex. I feel like they have to be complex. Nothing else would make any sense. I have a hard time believing that the entire universe would boil itself down to us vs. them.

Now I’m all for intergalactic war, but would it ever really be the good guys vs. the bad guys? What about those other guys who claim they don’t have a hand in the battle but are facilitating smuggling of one side’s resources to a third party that is looking to build their military strength so they can eventually overrun the losing side of the first war in a second war, that is if they can break their treaty with yet another party who has intergalactic trade agreements with both sides.

While it might seem hard to follow, it seems a much more plausible to me. Things are hardly ever black and white. Even on our single insignificant little planet, we’ve got myriads of languages, cultures, foods, animals, climates, clothing styles, etc.

So the universe as an intergalactic community needs to be at least that complex.

But that’s where actually writing the story gets a little crazy. I love world building details, but I don’t want the story to get lost in them. My focus is on two people and their struggle to survive and fall in love within the universe I’ve created.

My focus has to be on them, and so I can’t let myself overwhelm the story with too much detail, even though the detail exists. It’s a delicate balance, complexity and simplicity, they have to go hand in hand. Complexity makes the universe feel real, and simplicity helps us understand it.

I could get caught up in the world building and lose the story. Story is everything.

So everything in writing becomes a decision. Should I explain this, do I leave out that? What is really important to the story?

A lot of details end up implied, some of the explanation has to wait until later, but hopefully keeping the focus on the story allows the pace of the novel to remain a wild adventure ride. At the same time, I look for that complexity to give the story scope, depth, twists, turns and complications.

And so the universe isn’t simple, unfortunately neither is writing a book.

But I wouldn’t do it any other way.

http://www.jessgranger.com
Posted by Rowena Cherry at 3:31 AM