Homesick and Flying Under False Colours 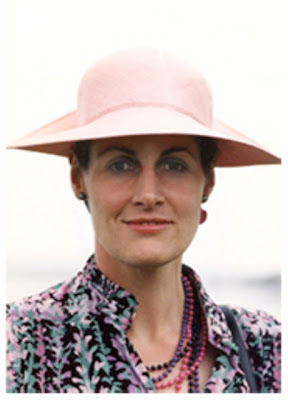 I'm writing my fourth, fifth, and sixth alien romances at the moment, with the greatest emphasis on the fourth, but with some awareness for the fact that I can't kill off the alien beefcake.

At some point, I'd like to explore homesickness, either as something a human abductee suffers, or else as an issue that an alien has to deal with. It's not something one grows out of... or is it? I'd love to know other bloggers' experiences.

The first time I was away from home, as a schoolgirl, for a sleepover at a friend's home, I remember being miserable. As time went on, I had to be away from home for longer and longer periods: a long weekend camping trip or two and a couple of fortnight-long residential courses for the Duke of Edinburgh's award; university term times; boarding school holidays when I taught in Dorset.

Over the subsequent years, my life became exciting and glamorous. I fell in love and set up a household of my own... and moved house three times within Germany, not counting months in hotels between moves, and a couple of times in the USA. My own final nesting place in an adopted land isn't what I think of as "home".

I'm not going "home" for the summer this year, for several very good reasons, some of them logistical. (The logistics of intergalactic space travel would also be a difficulty in my books... on a much grander scale than my own which have not a little to do with multiple food allergies and current restrictions on the food and drink that one may take through security.)

Suddenly, vague yearnings to make contact with friends I've hardly thought about, except to send a Christmas card to... maybe... have prompted time-consuming mini-quests to get back in touch, and I've realized that I am homesick. I think, but I'm not sure, that part of the problem is that I don't have the choice this year. Either that, or I'm getting sentimental in my second half-century.

I contacted my old college, Homerton, Cambridge, and discovered that I am "a lost sheep" as far as the Keeper of the Rolls is -or was- concerned. Funnily enough, the fund-raisers never lost touch with me.

I've joined Facebook.com . Today someone wondered aloud --because we write on a wall, like twittering at Twitters.com-- how many of the people on the "London" network did not actually live in London at all. I felt like I was flying under false colours by lurking, so I declared myself.

As for my writing, "homesickness" is quite a challenge. For instance, FORCED MATE was (and is) a futuristic take on the classical myth of Persephone who was swept up into Hades's chariot and carried off to his dark world.

Since Forced Mate is a romance, the heroine had to live happily ever after, so I couldn't deal with the pomegranate seeds and her homesickness, and the eventual joint custody ruling by Zeus so Persephone spent half the year with her dh and the other half with her mother.

I think I know which future heroine may end up being homesick.
Posted by Rowena Cherry at 7:15 AM