Why Are There Alternate Universes in Your Reality?

Previous parts in this series:

Part 3 - What Makes and Idea Too Crazy

Part 4 - How to Make Ghosts, Vampires, and Demons Real
https://aliendjinnromances.blogspot.com/2021/02/worldbuilding-for-multiple-alternate.html

So what do you need multiple alternate universes for?

'The Netflix original series titled Enola Holmes is described as : 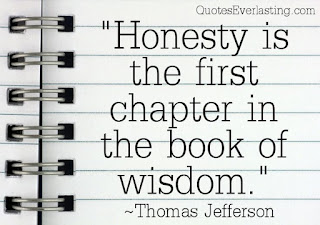 "Her mother?  Vanished.  Her brothers, Sherlock and Mycroft?  Useless.  To solve this mystery, she'll go it alone. The game is afoot."

Utterly intriguing, but not suggestive of the Relationship driven plot that is at the core of a good Romance.

As professional writers, we study "pitches" -- what few words will grab an editor's attention, a producer's?  What utterly different few words grab a writer's?

What grabs me is pretty simple.  Here I am in "this" reality, but what's going on in ANOTHER REALITY?

Every piece of fiction, regardless of the media channeling it to me, is going on in a "world" that some other writer "built."  And their world is not like mine.

The key ingredient that always grabs me is, "What is different in that Reality from my everyday Reality -- or from a Reality I have built for my novels?"

What's DIFFERENT is the hook.

Note in the description of Enola Holmes, here is a sister of Sherlock and Mycroft.  In those few words, the blurb writer has framed the entire "world" built around this Character, Enola.

No, at this writing, I have not yet watched this 2 hour movie, but I do intend to.  Being a Sherlock Holmes fan, I think I could write it better -- but that "what is different" question just hooked me. I have to see what these writers (always more than one on a movie) have done that I might not have thought to do.

We can regard this Enola sister's story as an Alternate Universe.

Holmes myth has spawned hundreds, maybe thousands, of alternate universes as the Baker Street Irregulars were writing original Holmes stories even before Star Trek fanzines took off.  In fact, the publisher of one of the very first Star Trek fanzines, T-Negative (which published my original Kraith Series), Ruth Berman was already famous in the Baker Street Irregulars fandom when she started T-Negative.

Science fiction fans have always been Sherlock fans -- it's a natural, as Spock is a very similar character with similar problems "fitting in."  Note that in Kraith, I gave Spock a half-sister who was a real pain for him.

By adding a Character, you shift a fictional universe sideways one tiny increment, and that increment can grow.  So that can be one reason your story needs Multiple Alternate Universes.

If you can't figure out the physics read up on mathematics.

Mathematics always invents methods just before physics figures out a way to use that new Math to describe something new -- and in fact, may go looking for that something new because the existence of the Math that describes it indicates it's real.

Currently, theoretical physics is postulating that we live in a reality that is just a "simulation."  And there are parallel universes.  Hence one of the oldest SF premises is new again - alternate universes.

But in the world you are building, WHY do the alternates exist?  Is it only that your Character's story needs to shift sideways and back again to teach your Character the lesson you have in mind (your theme?)

Or do Multiple alternate realities exist in the world you are building because you see that this world actually is one of many alternates?

And that brings us to the dramatic hook -- do you postulate multiple alternate universes to demonstrate the contrast that the differences make among your universes? 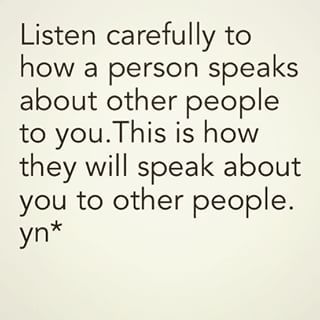 And so on.  What rule of normal, everyday life, is different in your alternative universes? And what other differences are generated by that original difference?

To craft a "world" that contains multiple alternative universes, and Characters that have the intellect and emotional stability to travel "paths" between them, among them, and back again, you need a model, a thesis, of the ultimate Nature of the Human Being.

What exactly is a Human?

In Romance Genre, we have two main (and many  branches) assumptions about the nature of humans: a) a human is a great ape, an animal subject to the overwhelming physiology that compels reproduction (e.g. "...but they couldn't resist the primal heat between them...) -- and b) a human is bifurcate, body of an animal imbued with and welded to a Soul that can, but often does not, Rule the primal urges of the body.

What if these 2 concepts of "what" a human actually is are both TRUE -- but in alternate universes?

That would be a "difference" in the rules of science, of theology, of cultural norms, and thus of the course of History (think Helen of Troy -- suppose the battle had gone the other way, and today the whole world was Ruled from Troy?)

Also note in the description of Enola Holmes, the emphasis is on  "... she'll go it alone."  The trailer establishes that Enola is "alone" spelled backwards.

To study "alone" closer, take a lookout the Netflix original "The Queen's Gambit" - a series about a young orphan girl who is a Chess Natural and sets out to become a tournament champion (decades ago when, "girls can't play chess.")

Chess happens to be my game -- I dearly love everything about it but haven't played in many decades. So I was delighted to watch this young (9 year old, the age I was when I learned) girl playing an obvious champion and learning the game.  After a few matches, they showed the two of them rapidly moving through a classic game pattern, and about 90 seconds before the teacher conceded, I shouted, "SHE WON!"  I still recognized the moves.  The series might be "boring and dull" to some viewers, but Chess is the quintessential generator of Alternate Universes.

This young orphan girl doesn't have a bosom buddy in the orphanage, and isn't involved in multi-level relationships as young girls usually are.  That is somewhat typical of budding chess champions (male), so it is authentic, but pushes this series away from Romance.  I've only seen part of Episode 1, so maybe there's a Romance in her future.

Another Netflix Original worth watching, with LOTS of "relationship driven plot" and many possible alternatives is "Sweet Magnolias" about 3 grown women, divorced and on their own, who were bosom buddies growing up, and now combine again to open a new business in town, a Spa, in an old mansion they renovate.

I haven't seen enough of it yet to say, but it definitely has the "feel" of Romance.

None of these shows, Enola Holmes, The Queen's Gambit, or Sweet Magnolias is science fiction -- and none have the worldbuilding structured around dodging across Multiple Alternate Universes to either escape from or ambush or conquer some existential adversary.

But each of these 3 rather pedestrian fictional worlds has the potential to be one of your Science Fiction Romance alternate universes -- a "place" your Character races through or gets stuck in for a few chapters, and has to cope with the rules of reality there.

I hope they are still available on Netflix when you get to search for them -- taken together the 3 open vast perspectives of what is possible with an Alternate Universe Romance that doesn't need a Fantasy Element to be gut-wrenching drama.