Targeting A Readership Part 13 - Motivating Your Readers by Jacqueline Lichtenberg

Targeting A Readership
Part 13
Motivating Your Readers
by
Jacqueline Lichtenberg

Most Romance readers are fairly young, or in the older demographic settled in with children to raise and imagining variations on Life. Who could I be after these kids are raised?  How did I get into this mess?  What can I do about it? What would be an improvement?

But these older readers usually discovered Romance in their early years, and come back to it.

It's the same for Science Fiction and Mystery.  Readers are READERS first, and a demographic second if at all.

To recruit more readers to Romance and keep them reading through their busiest and most stressful years, we combine Romance with other compatible genres such as Mystery, Amateur Detective, Cozy Mystery, and Science Fiction -- all of which produce their most entertaining novels with the Love Conquers All theme.

The parent trapped with a gaggle of squalling children on a snow day is actually looking for a novel to explore HOW Love can conquer this insane mess.

We, as writers, have to nurture these readers, and inspire them to reach for their better selves - to be the hero their children need to see them being.

It turns out that a statistical study done by the Armed Forces holds a clue to "who" you are writing for, who reads your stories, and what they need to be inspired to do, be and become.

A huge percentage of young people are trapped by an unhealthy lifestyle and unhealthy body, surrounded with impenetrable walls of  ignorance.

There is a point where the spirit just caves in and the body just won't do anything.

There is a point where the person just can't do anything to help themselves.  This is a very real experience for many readers today -- and you can make fans of those readers by presenting stories that trigger a spark of inspiration, a vision of an attainable way out.

For example, I have been told by a fan (one of those elevator conversations) that she read my novels MOLT BROTHER and CITY OF A MILLION LEGENDS. (new editions in Kindle and Paper) 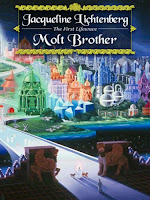 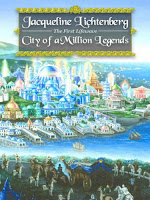 She read them while in college, in such a life-pickle she didn't know what to do, and became inspired to change her major to Archeology (the novel is about Interstellar Archeologists). Many years later, she was very happy with the decision she made -- after reading fiction (with a good love story, strange but solid family relationships).

But first you have to know what they are "in" and what the walls look like to them from the inside.

The bird's eye view is the one you need -- or orbital video view.

Statistics (yep, math) is the real key to gaining a portrait of your potential readership.

And this Pentagon study, triggered by Trump's ambition to build a huge military force, may be the very best result of the Trump Administration's activities.  Think about that -- something good, spiritually inspiring, life affirming, coming straight out of Trump's Pentagon.  Mind boggling concept.

Here’s the arithmetic: one in three potential recruits are disqualified from service because they’re overweight, one in four cannot meet minimal educational standards (a high school diploma or GED equivalent), and one in 10 have a criminal history. In plain terms, about 71 percent of 18-to-24-year-olds (the military’s target pool of potential recruits) are disqualified from the minute they enter a recruiting station: that’s 24 million out of 34 million Americans. The good news is that while the military takes pride in attracting those who are fit, educated, law abiding, and drug-free, they’re having difficulty finding them—manifestly because fewer of them actually exist.

That 71% that are so messed up they are incapable of meeting Military Service requirements are potential Science Fiction Romance, Paranormal Romance, Fantasy Romance fans - ready to enter new worlds, gaze upon new vistas, and romp in fields where all is new and different, unexpected and glorious.

71% are ready to turn their lives around, and that is exactly the effect that reading Romance genre has had on uncounted generations of readers.

The difference today is that both men and women read Romance, so you have a shot at 71% of college age people.

The rest are way too busy and satisfied with their arduous climbing of the ladder of success to have time to read at that age.  You will intercept them once they settle down into their 40's, and you will do that by creating a memorable byline among that 71% who will be joining them in being Middle Aged.

Many science fiction novels assume the Space Force (the traditional science fiction space force we all imagined), will have ships with military ranks, discipline, and very high IQ requirements.

The sky is no limit.

Trump's Space Force is slated to be a branch of the Military, so run with that.

Read this article on recruiting problems the military is having (these are new problems -- World War II was won by America's farm boys re-purposing their skills) and then write to inspire that 71% that s left out of the Space Force.

Most of them probably could qualify if they don't fall into the drug addict, petty criminal pattern, stay in shape and get serious about school.

Women are famous for being turned on by muscle, by trim athletic men, and by men who understand the world.

Men fall for women who are in good physical condition, but happily rely on their men to protect them from other men.

Read the other articles:
Why the Air Force Thinks It Can Turn Gamers Into Its Next Top Guns
https://www.theamericanconservative.com/articles/why-the-air-force-thinks-it-can-turn-gamers-into-its-next-top-guns/