One big complaint men and women in a maturing Relationship have about each other is conversational style.  Anthropologists have long identified differences in the way women talk from the way men talk, over and above what they talk about.

Today's world is trying to make men and women THE SAME (not equal, but rather identical).  Apparently, women have changed as much as they collectively are willing to, and are now doing #metoo memes on men who refuse to change how they speak, and behave (hands-on, hands-off, threats of "sleep with me or you're fired).

So the Battle of the Sexes is now Headline News, ripping careers nurtured over decades to shreds of humiliation.

The birth rate is down -- and reports show intelligence tests for I.Q. are averaging down scale, too. 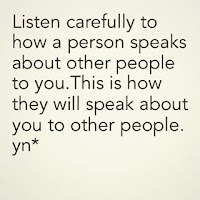 Legislation is the tool of social engineering.

None of these trends is making for peaceful conversation between or among the genders.

We have discussed off the nose dialogue in many posts -- dialogue that doesn't say overtly what it actually means.

This index has more than 4 parts listed. There is much to say on dialogue.
http://aliendjinnromances.blogspot.com/2012/10/dialogue-parts-1-4-listed.html

Sarcasm is only one example of off the nose dialogue.  Changing the subject is another way of saying "I don't want to talk about that" or "That isn't important" or "You jerk! What do I  need you in my life for?"  The possibilities are as endless as the situations in which people speak to, or past, one another.

Today, however, the self-help and academic journals are full of the idea that "I.Q." is not the only kind of intelligence.

Historically, it is noted that I.Q. was invented as a racial divide, a way of keeping some kinds of people out of certain decision making positions.

The tests have been revised many times to eliminate the bias and single out individuals who can do certain types of intellectual tasks.

And that didn't work well enough to suit some people who took another look into the whole idea of "I.Q." or mathematically measuring future potential of a young person.

We all feel, as we meet dozens of other kids our own age, that there is a real difference between this one and that one, and there are those "like me" and those "not like me" -- even when everyone in the class looks like me!

Many studies have been done showing how the female of the species seeks males who are not so very "like me."  Females are exogamous.

But Relationships function -- somehow they do function because not all children are the result of rape -- along some OTHER axis than I.Q.

I think this is interesting because in the 1950's, anyone who showed any emotion at all in support or refutation of any topic, anyone moved to fury, or laughter, or tears was considered a lesser being and obviously incompetent.

Women were kept out of managerial positions (and officer rank in the military, and university, too) because women CRY when challenged - they "get emotional" a couple weeks of the month.  This proves incompetence at all tasks. 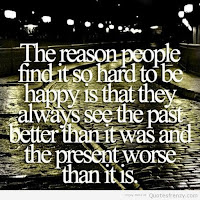 The world has changed.

So now there is a social competence score called Emotional Intelligence that is supposed to be independent of gender.

Dialogue in Romance Novels has to reflect this -- and it is now considered proper to "become offended" and as a result to "raise your voice" or even use words which would have gotten you banished from the workplace (fired) in the 1950's.

Which cultural attitude is "correct" or even preferable?

Answer that question and you have a THEME.

You need a Conflict to illustrate the theme, and a Resolution of the Conflict that will satisfy your target audience, and maybe leave them chewing on a New Idea.

Once you have nailed those two elements, you can work out both sides of the argument in dialogue.  It is in dialogue that "emotional intelligence" is most clearly depicted.

Different academics have imposed different definitions of Emotional Intelligence on the words, and then proceeded to support their definition with science.  So you, as a writer, have to pick out a theory to discuss.

So let's just take, for example, a dialogue where one Character pours out his or her heart in a gush of angst (maybe a bereavement, or getting fired, or being passed over for promotion, or losing a driver's license).

Should Character 2 say, "I feel your pain."  To commiserate.  Suppose Character 2 wants to make Character 1 feel less pain -- what words should you write? What would an "Emotionally Intelligent" person write for that dialogue?  What would make the hurting person's heart open and embrace Character 2 as a Soul Mate?

Think through the theme.  Is Emotional Intelligence real or a figment of academic imagination having nothing to do with real humans?  Is it possible for one HUMAN to feel another HUMAN'S pain (really?).

In Magic and ESP worlds, you can have telepaths and empaths who collapse when others feel strong emotion.

But those without Talent would grope in the dark as we all do in our reality.  We have to theorize.  Writers of Romance fiction have to DEBATE the theories ripped from the Headlines.

So, Character 2 might espouse the idea that it is not only possible but laudable for one person to FEEL YOUR PAIN (i.e. have true emotional intelligence) and to say so out loud.  Character 1, who is feeling the pain, might consider this non-sense, and be convinced that Character 2 is feeling Character 2's own pain not Character 1's pain at all.

It is well established that we empathize by resonating with the pain of others, projecting ourselves into their position and feeling not what they are feeling but rather what we would feel in that position.

If you have been in that position (say, your mother recently died, too), you might assume that the other person is feeling exactly what you felt in that position.  But that is never true, because humans are such diverse individuals, distinctive and distinguished by unique relationships.

On the other hand, the similarities pretty much define what it means to be human.

If you've put Aliens into your mix, you have to rethink all of this from scratch.

So here are two sources to contrast/compare to begin building a world where your two Characters can illustrate the validity or non-sense perpetrated by the academics studying Emotional Intelligence.

First read this NBC News item on Conversational Narcissism and ask if such a concept has any validity at all.  Is this a discovery about the nature of humanity, or a ploy to perpetuate an old con game essentially giving academic support to grifters?

------quote--------
We love to talk about ourselves. It’s what journalist and author Celeste Headlee calls “conversational narcissism.” Not only can it ruin conversations, she warns, it can also destroy relationships.

“Talking about ourselves is very pleasurable and conversational narcissism is what results,” Headlee tells NBC News BETTER. “It’s this tendency to turn conversations back towards ourselves and things that we’re interested in …sometimes consciously, but even subconsciously.”

The “We Need to Talk" author learned about conversational narcissism — a term originally coined by sociologist Charles Derber — the hard way. She once tried to comfort a friend whose father had died, she recalled, by talking about the loss of her own dad.
------end quote----

-----quote------
WHEN PEOPLE TRUST YOU TO BE EMPATHETIC, THEY WANT TO TALK TO YOU MORE
Headlee says that using support responses in conversations has made her relationships better.

“People trust me more, and so they tell me stuff they may not have told me before,” she says.

Finding balance is conversations isn’t solely about helping others, Headlee explains: It’s also something you do for yourself.

“By doing this, you’re more likely to create an empathic bond,” she says.

“It’s a gift you can give to others at the same time that you bestow it on yourself,” says Headlee.

Now, ponder all that advancement against the backdrop of Ancient Wisdom. 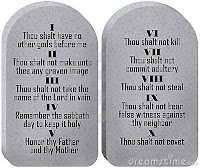 Here's an item about a World Renowned personal advisor commonly known as The Rebbe, the leader of a huge, popular and growing "movement."

This coming Shabbat, the third of Tammuz marks the 24th Yartzeit of The Lubavitcher Rebbe, of righteous memory. We share with you a small yet beautiful story of the Rebbe.

A teenage girl once wrote a letter of several pages to the Rebbe, in which she described her inner turmoil and anguish. The Rebbe responded to her letter and wrote, among other things, that he feels her pain.

Within two hours the Rebbe answered. This was the gist of his response:

"When you will merit growing up and marrying, and will, G‑d willing, be blessed with a child, the nature of things is that during the child's first year, he or she will begins to teethe. The teething is painful and the child cries. And a mother feels that pain as if it were her own."

The Rebbe concluded: "This is how I feel your pain."

Read some heartwarming encounters, selected from over 1000 interviews of those who had a personal experience with the Rebbe, by JEM.
👉🏻 http://Chabad.org/lxprgw

The response is a grand example of "off the nose" dialogue that communicates more precisely than any "on the nose" explanation could have.

Readers don't "believe" what you TELL.  They believe what they FIGURE OUT FOR THEMSELVES from the Events.

So finding that one, exemplary, CLASSIC ONE-LINER expression that represents "I feel your pain" is the main job of getting the book written.  That line is not the opening of your story -- it is buried deep within, very possibly at the MIDDLE.

It is the experiences you carry the reader through, getting to know each Character, that allows the reader to decode the off-the-nose utterance that establishes the rapport to kick off the Romance.

Yes, the Romance starts with their first meeting, on page one, but that is just the spark.  The conflagration unites the two Souls when the MESSAGE is received and "I feel your pain" is a shared experience.

Most important to remember is that "I FEEL YOUR LOVE" is conveyed in the same way -- not by "I love you" but by deeds that acknowledge previously shared feelings.

Study this Emotional Intelligence headline issue, and especially the way people bandy about the term Narcissist (which has a technical psychological definition at odds with the redefining going on in 2018), and consider it in terms of the Art of the Grifter we studied in the TV Series, Leverage.

Are is a Post from the Believing In The Happily Ever After series.  It is Part 4 about Nesting Huge Themes Inside Each Other -- for the purpose of later unfolding them as you continue a long series of long and complex books.