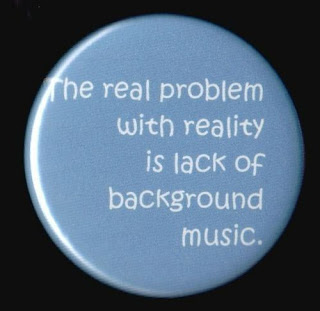 Last week we heard from a Guest who works as a High School teacher, clueing teens in on the secrets of analyzing novels for the moving parts we talk about on this blog.

The previous parts of this series on Marketing Fiction in a Changing World are indexed here:
http://aliendjinnromances.blogspot.com/2014/05/index-to-marketing-fiction-in-changing.html

In "reality" the life of a writer is not like in the movies.  There is no background music except the din of the telephone as collection agencies swarm. 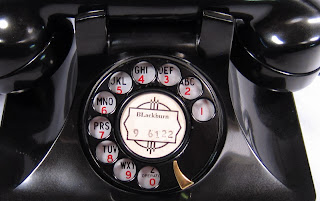 A living wage is something far different from the national minimum wage.  As a writer of original material, not a work-for-hire, you are not working for wages.  You are a business owner working for yourself, as a self-employed executive.  You make a contract with the publisher, licensing your product, not "selling" it.  But very often, the owner makes less than the employee whose wages he/she is paying, just as publishers make more than the writers.

As you noted, Leslye Lilker is the originator of the enchanting, famous, and utterly riveting character of Sahaj, Spock's son in an alternate universe Star Trek.  That's fan fiction, but it is professional quality writing.

Unless you sell over 150,000 copies of every title your publisher issues, you just can't make ends meet.  Writing pays less (way less) than minimum wage if you just write stories of novels.

That is why authors are re-issuing their own books as self-published after they retrieve the rights from the original Mass Market publisher.  We all need suplemental income.

Intermittent, full-time-temporary employment is often the answer to this problem.

Here is an example of where writers get that kind of work.

NPR put this estimate up in the middle of August 2015.  Check out the amount of money being spent, and understand commercials are like little movies -- they need WRITERS.

Former Florida Gov. Jeb Bush's superPAC has already raised more — in the first half of a non-election year — than Obama's main superPAC did in all of the 2012 cycle.
The latest big TV ad buy in the 2016 presidential election — on Ohio Gov. John Kasich's behalf, totaling $375,000 — is worth more than seven times the annual median U.S. household income.

There have already been seven times more political ads in the 2016 election than at this point in the 2012 election, according to Elizabeth Wilner, senior vice president at Kantar's Campaign Media and Analysis Group.
Or just try to digest the aggregate numbers. For instance, political TV ad spending will top $4.4 billion for federal races this year, up from $3.8 billion in 2012, Wilner estimated.

Yet TV ads seem to have only small effects on how Americans vote. So why do campaigns spend such huge chunks of their budgets on television spots? It's the need for name recognition, at first. Later on, fear, habit and the hunger for the small sliver of votes at play also drive the huge spending.
-----------END QUOTE------------

Writing for a political campaign is intermittent full time work using and honing skills similar to fiction writing.  Moreover, moving around inside a political campaign will fill you up with story ideas -- with material that directly connects to your intended audience.

Politicians need to reach an "everybody" audience, so your personal fiction audience will be represented among those who work for candidates and those who listen to the messages.

These numbers are about the National Presidential Campaign.

You don't land one of those jobs the first time you venture into non-fiction writing, copywriting, advertising copy writing.

In fact, there are courses in advertising writing, and there's a long apprenticeship.

So consider volunteering with a local political campaign, write local driveway-throw-away newspaper articles about a candidate, get a toe in the door by writing "letter to the editor" or op-ed, write on blogs for the candidate.

Start small, local, and working for people you know personally.  If you can work up the ranks of unpaid volunteers, and become a paid writer -- next election cycle you might land an actual worthwhile job, a paying job, for a State office candidate.

Paper newspapers are dying, as we've noted in this series of posts.  But local advertisement papers still exist -- they don't pay much, but they are a resume item credential.  Learn to handle social media and keep up on all the changes -- remember to tell your political advocacy story in pictures.  Those folks on YouTube who advocate for candidates freelance are using professional video production tools and talents.  But you can start a channel and put up your own advocacy, displaying your writing skills.

More and more money is going into politics -- that won't last because Congress is going to re-do the laws (again) to get around the Supreme Court, but while the money allowed into politics is unlimited -- grab your piece of the action.

Become a VOICE -- but be sure to use a different byline than you do for novel writing.

Here's a discussion of when to use a pen-name:

The most successful, best-selling writers I know of began their writing careers in journalism.  It is still the training ground.  If you didn't major in journalism in college, you can attain the skills and reputation by volunteer writing.

Remember, every word you see or hear about candidates was WRITTEN.  And some of those writers got paid a lot more than you'll make on a Science Fiction Romance title.