Sizing Up The Competition: Part 1 The Tigress And The Canary

Picking up on the previous topic of weaving deep, rich, complex themes for Romance Novels, I  want to talk about the evolution of our fiction delivery system -- in particular, at the moment, the evolution of the e-book and web-tv (or podcasting).

It's all about cost, price, and competition.  It's all about the tiny spot where the hard rubber of economics meets the even harder road of consumer demand.

This is where the business model of fiction writing and publishing actually becomes indistinguishable from the thematic substance of the work of fiction.

My answer:  the monetary value of a piece of fiction lies inside the deep, rich complexity of the thematic structure -- of  what the fiction says and shows, illustrates and iconisizes, about the meaning of life.

Here's a "show don't tell" from a famous commercial for financial services.

An elegantly dressed woman considers a china cabinet full of expensive looking pottery.  She takes down a dish, turns to a table, picks up a hammer, and smashes the dish.  She thoughtfully inspects the pieces, picks one out in the middle and takes off.  Next scene, she's inserting the piece she extracted into a mosaic on the wall in another building.  She admires the completed mosaic and the voice over tries to sell you their service.

Of all the nonsensical commercials I've seen lately, this one resonates.  I  can't recall what company it's for, and it didn't convince me to call their offices immediately.  It just made me admire the writer for finding a show-don't-tell that is cheap to film and captivates the eye at least the first time you see it.

It's for financial services, and it's about completing your portfolio, making it make sense, making it strong and without a hole in it.

But the illustration could just as easily apply to a dating service offering a chance to complete your life.

Which is more fundamental, financial stability or a good marriage?

There's an adage in stagecraft that applies (remember: writing is a performing art) and that adage is "Don't speak for the moment, let the moment speak for itself."

Don't explain, don't tell, don't muddle the image or the moment with dialogue.  Let the reader absorb the impact and ask themselves the question.

Does life have any meaning without Love?  Without at least one experience of Romance?

I doubt it.  But some people need a bit more convincing.

So we've recently been talking about sources for complex, multi-layered themes that lend themselves to Romance requirements.

And the 4 posts on Believing In Happily Ever After Plus the 3 posts on Poetic Justice.

Here's a post with the links to these prior posts in this discussion: 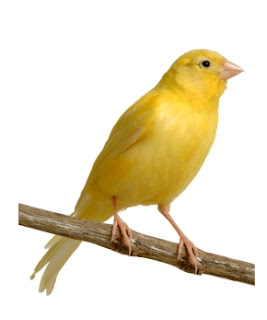 It's all about handling theme at a level that makes novels last for centuries, makes them be re-printable, re-readable, and something you would save to hand down to your children and grandchildren.

So let's consider the Tigress and the Canary.

I found this canary on talkstandards.com on an article about competing e-book formats.

We've been talking about e-books for a long time, of course, and in 2010, with Amazon's second Christmas push of the Kindle, it became clear that the e-book was a marketable commodity.  In 2011 e-book sales are meeting and even topping tree-book sales.   And here comes the big Christmas commerce-push again now with Kindle Fire etc etc.

Here's a blog post highlighting the kind of thinking Amazon is putting into fiction delivery:

This is what all readers have been telling e-book publishers for at least 10 years.  One of the most important things about buying a book is being able to lend it.  Another, so far not addressed, is being able to trade it on the used book market for other used books.  A third is the ability to collect the autograph of the author on the book, to increase its sales or sentimental value.  They're working on all these problems, too!  And the traditional publishers know that.

Here's a blog entry by a writer who's run into the teeth of the raging combat between tree publishers and e-publishers erupting into a lawyered-up contract dispute:

As with the beta vs vhs standards wars, and blu-ray vs dvd, and onwards into future proprietary rights wars, we have marketplace competition.

Most tigers wouldn't necessarily bother eating something as small as a canary, but your house cat might consider it fun to play with for a while.  *CHOMP*

But consider the tiger personality and the canary personality.  We worry about tigers being an endagered species while we breed canaries for fun (cage birds) and profit (coal miner's warning).

Tigers would eat our babies (i.e. compete with us), but we worry about a world without tigers.

Canaries might not be good to eat for humans -- mostly because they're too small.  But their cousins, the chicken, we eat fried on a stick.

Canaries are a food source for other things that tigers might eat.

The tiger is an icon of violence, slow, smarmy, sudden violence.

The canary is an icon of sensitivity and beauty.

A woman of a certain age, aggressively after a man (or men, really) is often called a tigress.  Or maybe cougar.

The canary's food doesn't tend to fight back - though it can be hard to find.

I'm talking plot/conflict here as it integrates with theme.

If the relational structure of life on this planet that Darwin revealed is looked at from a Romance writer's point of view, (with maybe some astrology tossed in) we can see how humans, who sit on top of this evolutionary ladder, contain all the attributes of the animals lower down that ladder.  That's physical and psychological attributes.

However we got this way, we contain all life on this planet within us.

Every human is a walking habitat of microbes at war with each other for living space within us.

Many psychologists argue that such economic competition as we now see with e-book vs. tree-book is innate in humans and actually arises from or is based on sexual competition for a mate.

It can be argued that the whole animal kingdom is at war, and it's all based on sexuality.  OK, it's a stretch to blame microbe-wars on sexuality since they don't have any, but still they eat each other.

The thesis is that violence is inherent in primate nature.  Violence is necessary to ensure that the strongest among us mate and proliferate the most.

This is exactly the sort of science-philosophy that science fiction (and by extension science fiction romance) exists to challenge, dissect, discuss, and speculate about.

More about that in Part 2 next week.  The fiction delivery system of this rapidly changing world is adapting, and in the process providing extraordinary opportunities for Romance writers to present the inspiration and vision of the Happily Ever After lifestyle to those who simply can not imagine it in any kind of reality.