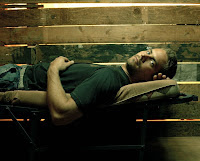 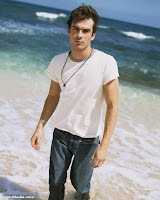 A lot of times we are asked who we would cast if our books ever became movies. I think for most of us writers it usually goes beyond that. A lot of us have someone in mind when we first create our characters. Since I'm a visual type person I enjoy having that image fully formed in my mind when I sit down to write.

For Stargazer I had Tom Welling in mind for the role of Shaun. He plays a young Clark Kent on Smallville and I think he's much better when he's bad. Plus I would love to see him in a more grown up type role. John DeSalvo go the cover. In my mind he was a bit too mature in the face to be Shaun and I'm not a fan of all the skin but the cover sold a lot of books. I saw Tom Selleck as the Soverign Alexander and George Clooney as Michael. The women usually are not as distinct. Usually because I'm playing out my own foolish fantasies through them. But occasionally one comes to me.

In Shooting Star my inspiration for Tess was Evangeline Lilly from Lost. David Beckham was Ruben. I saw a picture of him on the cover of GC and he just clicked in my mind. Star Shadows had Ian Summerholder as Boone. Although Adam Levine from Maroon Five showed up occasionally after I watched the Makes Me Wonder video about a thousand times. In Twist Paul Walker became the Avatar for Shane after the guy on the cover came out with blonde hair. What can I say, I like dark hair on my heroes but I was more than happy to go with Paul. And it worked.

But now I actually get to see one of my heroes come to life. At the upcoming Romantic Times conference in Pittsburgh the Mr. Romance pageant is featuring my book, Star Shadows and Chris Winters, is playing the role of Zander. Chris is also a most awesome actor so he's reading the book to learn the dark side of Zander who is one of my most tortured heroes. To learn more about Chris go here.
Posted by Cindy Holby at 11:22 AM