The extremes that an author will go to just to sell a book . . .


Even as I wrote Solar Heat I was imagining how we would make the book video. Most authors do something to promote their books and since I like making the videos, I knew I wanted to do another one. But my last video, KISS ME DEADLY a romantic suspense set on Earth was way easier to figure out than a book that didn’t have one scene on planet Earth! 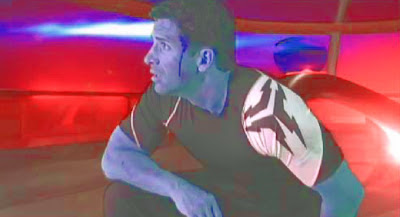 We needed sets, costumes, makeup and special effects—a tall order for someone who didn’t know anything about this technology three years ago. I decided to start by hiring a specialist to create the spaceship bridge. That had to be the central piece in the video. Next we had to create a giant green screen as a background so we could pop out the actors and replace the green background with otherworldly pictures and videos. To make the greenscreen, my husband painted a bunch of 4 foot by 8 foot pieces of Styrofoam and taped them together. We ended up with a stage about fifty feet long and thirty feet high. For the floor, we painted a huge piece of canvass green.

During this process I sat down and wrote a script. The hard part was trying to write a story that represented Solar Heat when I didn’t know what we could do technically. I hired a male and female actor to play the parts. Luckily these same models were also on the book cover (thank you Tara—my daughter the photographer) so we had continuity. For costumes, I found these wonderful shirts that looked like uniforms and I lucked out when the female model had a friend who designed clothing that looked futuristic.

We actually shot all the scenes in one day. My son and his friend filled in as the bridge crew. All the scenes were shot in front of the greenscreen, except the boardroom scene, the bar scene and the couch scene. 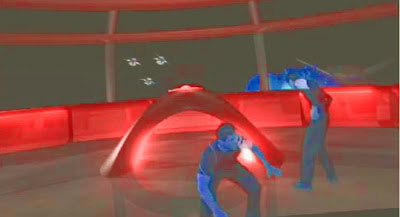 And then a very talented friend Mike, who has a camera shot the scenes. For the shower, my husband rigged a hose in front of the greenscreen and we dropped in the background later. The bridge scene where the ship is under attack was interesting. My son and the hero stood on a trailer. We put green canvas under their feet and behind them. Then my husband used a forklift to lift one end of the trailer and dropped it. Where the actors are catching their balance, they look real because we actually dropped them. Later Mike popped the actors out of the green background and put them on the bridge. And then with some technological wizardry, he shook the ship to match the actors’ motions.

And Mike did all the special effects and the sound. Some of the scenes that flash by in a second of viewing take weeks of work. And all this was done to grab readers’ attention so they will buy the book. I’ll bet you didn’t know it was so hard to sell a book!

All of my book videos are posted on my website. You can see them at www.susankearney.com

Julie Leto is doing some great giveaways at her blog,
http://www.plotmonkeys.com
Posted by Rowena Cherry at 5:04 AM