Verisimilitude VS Reality Part 5 - So What Exactly is Happiness

Verisimilitude VS Reality
Part 5
So What Exactly is Happiness


Previous entries in this blog series:

Part 3 - The Game, The Stakes, The Template
https://aliendjinnromances.blogspot.com/2011/09/verisimilitude-vs-reality-part-3-game.html

In Part 4, we looked at the Story Arc and the Fiction Delivery System, where the audience meets the world building showcasing a Character.

Your Character, your MC or POV Character, is unique like all humans, but is living a "story arc" (a life lesson learned, mastered, and put behind them) that is recognizable to the audience.  That's what "verisimilitude" means - like reality, but NOT real.  Verisimilitude is not real, but realistic.

To slice a "novel" out of the MC's life in the built world, the writer has to find the point where the Character meets (and surmounts or succumbs to) a nemesis, a life-lesson, a force that is hell-bent on preventing the MC from succeeding at life.

The writer has to find the one conflict in that Character's life which, once resolved, forms the foundation of all to come.

This is not to say a given Character might not have many other conflicts to resolve in the future, but having succeeding in resolving ONE - the Character knows how to tackle and resolve future conflicts.  A Character learns a coping strategy that works.

So by definition, the "ending" of a story arc is an ending, and what comes after is "ever after."

Plots, however, are sequences of Events, each event caused by the choices made during the previous event.  Plots don't have to end - usually even a death doesn't have to end the cascade of Events precipitated by a character's life.

One thing a study of Astrology makes instantly clear is that your life didn't start when you were born and doesn't end when you die. The stars and planets were going long before you arrived and will continue after you die.

As conflicts get resolved, new ones (or if you don't study history, old ones recur) arise.  There is always a plot, always something going and something trying to stop it.

But your Story - your Main Character's Story - is internal and has a beginning and an end -- Story has an "ever after."  That is, a defining Event resolved by a decisive change of heart, is the one, single, discreet period of a Life, a pearl on a string.  There is a before.  There is an after.

So when we craft a "happily ever after" ending, a definitive resolution of a Soul level conflict, it really is an ever-after. 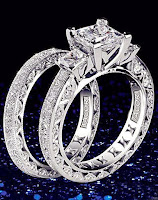 But is it Happily?

What exactly is happiness?

Answer any of those questions, and you have a Theme that fits neatly inside the envelope theme for the entire Romance Genre and all its sub-genres, such as Paranormal Romance, Science Fiction Romance, Fantasy Romance.

To tell such a story, you need a conflict, and it is ready made in those Themes.  Does one Character's achieving Happily Ever After destroy another Character's chances of any such outcome?

It is Republican vs Democrat, or Progressive vs. Conservative.

Is happiness "beating" the opposition, "blasting" them with vile epithets, denuding them of their pretensions, assassinating their Character, destroying their reputation, kicking butt?

The concept "win" can't really exist without the concept "lose."  Winning produces a loser.  It doesn't resolve a conflict; it perpetuates the conflict.

"Survive to fight another day," is happiness?  Some people in the midst of doing that might say so.  It certainly beats the alternative.  But it won't produce a "happily ever after," only a "happily for now."  And the ending isn't an end.

All ends are new beginnings, like a month or year's cycle.  We live in circles.  Well, spirals.

So it is reasonable to hold the position that the HEA is impossible - because there are no endings which aren't also beginnings.

Thus for those who see no chance for a stable life-arc, no chance for Happiness that continues smoothly, there is no way to craft a beginning of a Happy Life-Arc.

So perhaps a new definition of Happiness is what the Romance Genre can add to the world, and improve things.

To write such a novel that could become a Streaming movie, you need the contrasting story of a character doomed to misery, and perhaps blaming his condition on the happiness of others.

What would be the "fate" or "karma" of such a Character? Would he be a saboteur bent on destroying the HEA of the couple you are writing about?

What such an Enemy discovers after "winning" is the show-don't-tell moment of your Theme.  The ultimate outcome for the entranced young Couple also illustrates without explanation, your thematic answer to those four questions about what Happiness is.

Is happiness a limited commodity which people must fight each other for?  Is that what life is all about?

What life is all about is a theme.

If life is about mortal combat to snatch happiness from others (who don't deserve it) so you can have your fair share, then it's small wonder some people think the HEA is ridiculous fantasy.  There will always be some who don't have happiness and are driven to steal it from you.

So whether Happiness is a commodity you can acquire, is a theme.

In everyday Reality, a lot of people make operational decisions on the basis of the view that happiness is a limited commodity to be acquired by winning it away from others, denuding them of the ability to contest the matter further.

So there are a lot of novels about Kick Ass characters who obliterate their opposition and, at the end of the book, think what they are feeling is happiness.

Is destruction necessary for happiness?

In everyday Reality, a lot of people make operational decisions on the basis of the view that happiness is not a commodity that can be acquired, but rather an energizing of the spirit producing a frisson of delight that cumulatively builds to happiness.

That is what the "Love at First Sight" moment is all about - the moment the clouds of incessant misery part and a shaft of ineffable sunlight warms the heart. 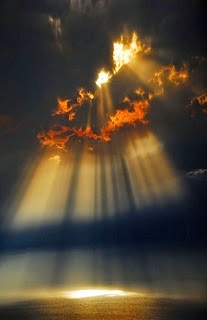 And Sunlight is a good analogy to explain what "happiness" is.  It makes your eyes tear.  It strikes the heart.

One theme about what Happiness really is could use the analogy of sunlight to explain that we are always happy - the sun is always shining in the daytime, but sometimes clouds dim the light.  At night, the bulk of the Earth dims the light, leaving only the reflection off the Moon.  But any astronaut coming down from orbit will insist the Sun is always shining.

Happiness is like that - always there, always shining, but sometimes something gets in the way.

We are "Happy Ever After" once that truth is revealed to us -- we really are always happy, but we are also other things that get in the way.

The truly happy know how to weather the dark-gray-stormy days of bereavement, derailment of expectations, losses of possessions, and just plain sadness and hopelessness.

These phases of existence are to be felt deeply, savored, admired, and stored up for future memories.

The dark days will be of great value once the clouds part and sunlight shafts down to illuminate the path to the next phase of life.

THEME: Happiness is being able to find the beauty in truth.

We say we "get an education" but in truth, we "become educated."  Education is not a thing you can get (or get by taking it away from someone).  The school of hard knocks is always open for business, but they are hard knocks designed specifically to focus your attention on learning a truth.

THEME: Happiness is the result of graduating from the school of hard knocks.

That's one take on the twisty-windy path to the HEA.

There are many other themes amenable to treatment in Romance or its sub-genres.  Here is a video (less than 20 minutes long) discussing the magical formula for attaining true joy in life from a mystical perspective.

Argue against this video's premise in Characters and Show Don't Tell Themes, and you will produce a blockbuster novel.

Just Google happiness and see how MUCH interest there is in the topic.