Previous parts in the Targeting a Readership series:

Readerships are a moving target, and the motion is getting faster with technology.

But then, so is the motion of the writers getting faster.

As noted previously, we live in a world where the social fabric is disintegrating and reforming rapidly.  One way to understand the change in social integration (and strength of the culture) is to note the changes in the decades between having only 3 coast-to-coast networks in the USA, (ABC, NBC, CBS) through the advent of Cable where new networks (Weather Channel, National Geographic, History Channel, etc) proliferated, bleeding viewers off of the three networks.

Meanwhile, the total population of the USA grew and grew, while access to television sets and broadcast channels peaked and waned. Yes, with Cable, and now Satellite, broadcast signal is getting harder to find, and what contents there just is not what is being discussed over business lunches.

This trend toward fragmenting the total viewership is accelerating with online streaming.  Gaming competes with Series Fiction productions, live sports from around the world, and so on.  There is too much for one person to watch everything.  Where you could watch 1/3 of everything (before VCRs when you couldn't record the other 2 channels), you could hold an intelligent conversation with anyone.

Today, we do not have that common thread.

It might re-develop, at least to bind segments of our total population into groups, but meanwhile the opportunities for new writers are proliferating at a dizzying pace.

New markets with new requirements are popping up all over.  Soon a number will fail, or be bought, and the number of scripts sold, the number of novels optioned for streaming-movies, will suddenly shrink.

The elephant in the room is Netflix.  You can get Netflix on all the "devices" (and many TVs have it built in) - Netflix pioneered and still dominates the marketing in the streaming industries.


This year, Netflix is building on its award winning history (which astonished everyone a few years ago), and now has not only picked up cancelled TV Series and continued them (such as Longmire), but is spending big on creating original content.

40.7 million household accounts have been watching the show since its July 4 global launch — more than any other film or series in its first four days. And 18.2 million have already finished the entire season.

And immediately, doubt was cast upon that claim -- which to other streaming original producers is very scary, though to those worried about our fraying social structure and culture, 40 million is good news.

Such public companies have been buying each other up at a mind-boggling pace the last 10 years or so.  The new combined companies own warehouses full of backlist material, potentially a gold mine as content-hungry streaming proliferates.

But the real money is in originals - which is where you and Science Fiction Romance come into the picture.  We have an opportunity here.

Here is an article about 2019's "in-development" list at Warner Media.

Recently, the old radio turned broadcast TV turned Cable channel, CBS (after much not-so-polite buying of companies) ended up with the rights to make new Star Trek.  They used Star Trek to lure their target audience into subscribing to CBS-All Access and are withdrawing many of their backlist properties from Netflix (and elsewhere), making it so that you can only view their content via a subscription to their service.

But the new ones have made their subscriber base from streaming rented content from those elderly giants.  Now Wall Street is expecting the profitability of these new media giants (Amazon, Sling, Crackle, Hulu which just got bought, and many you've never heard of) to plummet.

However, the new original content created by the new streaming media companies is winning legitimate awards, and huge viewerships.

This fall, Apple is jumping into the fray, having spent a couple of years trying to duplicate Amazon Prime, Roku, Google, and other streaming delivery services while spending big time on new, original content for their Apple service.

To get the Apple service, you generally have to buy a little box to plug into your TV set -- and all of these services will be trying to leap to more pixels per screen and 5G internet speeds.  Then you have to enter your subscription credentials (username and password) into the App on the TV Screen.  You pay for the little box, and then pay monthly subscriptions to all the services you want.  Both Apple and Roku offer "free" services, but likely not the ones you want.

Tivo is in the same "little box" business, so once you have their DVR/box, you connect to the internet and use Tivo's collection of Apps to enter your subscription data.  Due to a lawsuit, Tivo has a Hulu App but you can't get "live TV" service via that Hulu App.  You can get Hulu Live TV via Roku's Hulu App.

What you can get, and what it costs you, depends on contracts and court orders, not the socially healing effect of the content.

They will all be producing hits, some of which will carry the Romance Themes which may be the most "healing" themes in fiction.  Amazon Prime has some hits, Netflix is rising in huge audiences for its hits, Hulu has had some original hits -- they all have.

The streaming services "original" production money is leaning heavily on novels, and series of novels, for material -- just as some of the very biggest, longest running TV Series from the Black&White days did.  Perry Mason was one series made from books.  Sherlock Holmes has been done in a lot of versions.  Many writers, popular and not, have had books made into TV movies, and
series.

Popular books are most likely to be chosen, so Romance is being courted.  Look at what Starz did with OUTLANDER,
https://smile.amazon.com/The-Battle-Joined/dp/B073XWVKSL/ref=sr_1_3?keywords=Outlander&qid=1562864168&s=gateway&sr=8-3
then right in the middle of marketing OUTLANDER onto Netflix, Seasons 3 and 4 were withdrawn in favor of the new individual-channel-subscription offer.

Maybe in 2020 you will see the beginnings of the Cable business model (one subscription to a bundle of networks) take hold in the streaming space.

Meanwhile, independent authors with material that appeals to a narrow, but easily defined audience, will be able to market text-fiction to video-production.

The "exclusive content" wars will further shred our social fabric, but it might be possible that Facebook will provide the model for bringing us back together. 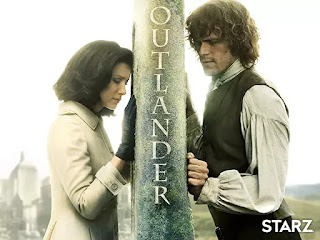 Google pointed the way by using crowd-sourcing to conquer spam.  We need a new way to sort the torrential stream of entertainment and information media.  Crowd-sourcing filtering might work to bring audiences together.

I doubt we'll ever get down to just 3 "everybody I know watches this" topics, but it seems to me Romance and its sub-genres has what it takes to bind up our wounds so we might heal.

Meanwhile, the war for Original Production Streaming Products continues - and the giants we thought were dead have come alive, eaten each other, and produced some new, voracious, media giants.  They are stealing content from each other, actors, production staff -- there is a tremendous and growing market for video-skills.

Think about the dynamic forces behind this article, and where you might fit into this war.

---------quote---------
Early last year, Universal Pictures won a heated Hollywood bidding war when it agreed to slap down up to $160 million to fund Dwayne Johnson’s upcoming action adventure blockbuster, Red Notice, based on a pitch meeting and Johnson’s star power alone. No script.

That included a $20 million payday for Johnson, an eight-figure check for director Rawson Marshall Thurber (Skyscraper) and what we assume to be significant salaries for Gal Gadot and Ryan Reynolds, who would later join the cast. Yet on Monday, in the midst of a progress-to-production timeline lapse built into the contract, Universal pulled Red Notice from its 2020 release schedule and shopped the script to Netflix, which had previously been an aggressive bidder.

Who's going to win this war?  Probably not the consumer.  But you are a writer, talent-on-the-hoof, (very cheap talent; writers aren't the expensive part of movie making).  You produce the content these big guys are fighting over.  As little as writing costs in a production budget, you could fund the rest of your life by landing just one of these contracts.

What do you have that targets a specific, defined, precise viewership - that is of keen interest to just a few million people out of Earth's billions of people?

Remember, with Netflix in the game, "the market" is not the USA consumer but the entire world.

As we've discussed previously, video fiction is "a story in pictures" -- fewer words and more images.

Like a graphic novel, panel after panel of pictures unfolds into a story.

Many movies and now TV Series are being made from video games which are based on old comics.

Be the "old comic" of the 2020's so that in 2050 your source material will be the blockbuster, award winning, title of the year.

Be the original source of the defining Romance to build on the OUTLANDER series.

Say something new, that hasn't been said in Romance before.