Sizing Up The Competition Part 2 Winning A Mate 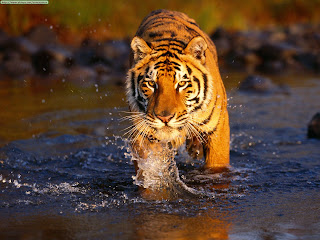 we ended off with this observation:

It can be argued that the whole animal kingdom is at war, and it's all based on sexuality.  OK, it's a stretch to blame microbe-wars on sexuality since they don't have any, but still they eat each other.

The thesis is that violence is inherent in primate nature.  Violence is necessary to ensure that the strongest among us mate and proliferate the most.

This is exactly the sort of science-philosophy that science fiction (and by extension science fiction romance) exists to challenge, dissect, discuss, and speculate about.

But as we noted last week, we must practice the stagecraft adage Don't speak for the moment, let the moment speak for itself.

If you have characters expounding philosophy or beating their political drums at each other, baring their metaphorical fangs (or real ones), the reader will not be entertained.

The writer of science fiction or Paranormal Romance is the one who has to challenge, dissect, discuss, and speculate.  The reader should not be aware that this happened offstage.  The writer sets up a "moment" and then just stands silently and lets that "moment" speak to the reader who never knows all the work that went into defining and constructing that moment.

It is up to the writers of Romance novels to ask these difficult and unsavory questions -- not to find answers, but to engage readers in thinking and feeling, aspiring and finding peace, creating the Happily Ever After ending, the HEA.

So here's a question:

If this "violence-is-inherent" thesis about human nature and human reproduction is true for humans, does that mean it necessarily must be true for any non-humans we might come across in this galaxy -- or another galaxy?

Would this thesis hold true across time-lines or across "universes?"   Would human ghosts exhibit the same tendency toward competition, violence, winning?  Think paranormal romance.

What would humans who do not function along the lines of competition/winning/violence create in the way of civilization?

What would happen if one of "us" met one of "them?" 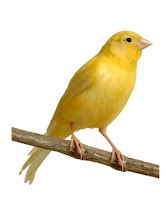 Perhaps "we" arose from such a cross-fertilization?  Way back?

If we humans contain all the animal attributes of the creatures behind us on the evolutionary ladder, then we contain the canary as well as the tiger, don't we?  How do they get along together?

It's hard to imagine Darwin's thesis holding validity without the concept of competing for mates, with the best and the strongest winning.

The drive to grow up strong, and the need to win at everything, really does seem to function as a mating game dynamic.  But how much of that is cultural and how much inherent?

Is "winning a mate" actually related in any way to Romance?  Or is "winning" antithetical to "romance?"

Is "winning a mate" about the tiger while Romance is about the canary?

Could that be the source of the Battle of the Sexes?

I recently read some reviews on amazon of modern Fantasy novels published by the Big 6 publishers mentioned in the blog article I sited in Part 1 last week:

These recent novels I've read have become heavily laced with violence (the kickass heroine falls in love).  But they are marketed to romance readers.

Some veteran romance readers balk at the hatred and violence portrayed as a vision of the world through the first-person heroine's eyes.

I'm not talking about just one book here; there's a trend afoot though you may not have noticed it yet.  I'm the canary in the coal mine when it comes to trends in fiction!

Some modern romance readers are disappointed at the lack of, or at the low-quality of, the sex scenes.

The consensus seemed to me to lean in the direction of "violence/hatred and Romance don't mix."

Hatred and the resultant savage violence somehow spoil the Romance mood (which is not news to me!)

But apparently there are some editors at the big publishing houses for whom the violence fulfills the Romance in some way, or their sales numbers are telling them that a growing segment of their customers look for the dark, ugly portrayals amidst the Romance.

We can all relate to the idea that the tiger-in-human-form is sexy.  But is he sexy covered in the blood of the canary?

I have long had a screeching complaint against film makers, TV shows, and publishers for the way they present only what I term "upside down" or "inside out" fictional structures.

You can see this very clearly today in TV shows.  The one that hit me between the eyes recently is a lovely show titled THE GLADES, about a detective relocated to Florida, who is ridiculously good at solving murders.

The reason I watch THE GLADES is the mixed-up love-story/romance between the detective and a nurse who wants to be a doctor.  Her husband was in prison, and she was raising her kid alone working as a nurse, taking courses to become a doctor.  The detective mentors the kid, really likes the boy just for his personality, falls in love (resisting all the way) with the mother, and the father gets out of prison.  Trouble ensues, and now the story is progressing (well, I hope it'll return).

But this is also the reason I watch several other shows of that sort.  I endure the murders and ugly side of human nature dealt with in order to follow the Romance.

But the Romance is always frustratingly secondary.  The relationships or love story are just complications, while much more air time is spent on chase scenes, fight scenes, night club scenes, bleeding people, dead people, filthy alleys. Those are the "moments" left to "speak" to us.

Now, it's good to have some of that "reality" jazz for artistic contrast, for thematic high relief, and I always have that dimension in the stuff I write.  But for me, as writer or reader, all that stuff is background.

The important thing is Love Conquers All, and the arduous path to the Happily Ever After (and yes, I do sometimes show how many novels worth of drama and how many lifetimes a soul must live to achieve that Happily Ever After, but it's the main point of the whole thing.)

In the modern TV show formula, (as in times past), the main point is the ugly death, the more violence the better, and love is just a complication.

You can find no better lesson in the difference between foreground and background than in studying the  TV series (say ALPHAS for example) vs. a really nice Romance.

One of the reasons I like the TV Series WHITE COLLAR so much is that it is depicting the converging pathways of the life of crime vs. the life of a solid marriage.  WHITE COLLAR is showing us the transformation of a fine upstanding criminal into a champion of law and order.  Or maybe that's not the gameplan that the producers will eventually pursue.  It depends on the ratings.

Fascinatingly, this transformation of character (called in screenwriting "arc") is from criminal to cop, while in Laurell K. Hamilton's Anita Blake series we're watching the transformation of a cop into a criminal.  Anita's story involves a whole lot more sex of incredible variety, a considerable amount of loyalty, lust and even affection, but not a great deal of actual Love.  Without Love I can't see an HEA in her future.