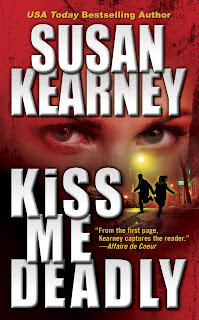 As many of you know, blogging is not an easy thing for me. This year I had to change my email addy and the resultant whammy of changing that all over the Internet was not my idea of fun. And I keep forgetting my passwords which means that it's difficult to prove who I am.

But I'm back. And i have a new book out on the shelves. ISLAND HEAT. I'm hoping you;ll pick up a copy, but just as important, I'm hoping you'll recommend the book to your friends--especially those who have never read a futuristic. I wrote Island Heat and set it on Earth with the idea of bringing new readers to the futuristic genre. While many of us love these books, I've spoken to many of my suspense readers who were reluctant to try them. However, many have told me they are now fans. And the truth of the matter is that I need word of mouth to promote the books. And Island Heat breaks the reader in slowly to a new universe.

But have no fear--the sequel goes right back into space and will be out next February. In the meantime, please try to entice your romance reading friends to try a futuristic set on Earth. I will thank you and so will my publisher. And I'm also hoping my futuristic readers will enjoy a hot romantic suspense set in Tampa. Cool, cover, eh?

And to whet your appetites, here's a peak of my next cover, a romantic suspense set in Tampa. (Here's hoping I've learned to upload. ) I really wish I could just order my computer to do this task instead of pressing keys. sigh. Wow--a cover uploaded and even spell checked work--will miracles never cease!!!!!!!!
Suek.
Posted by Susan Kearney at 12:06 PM