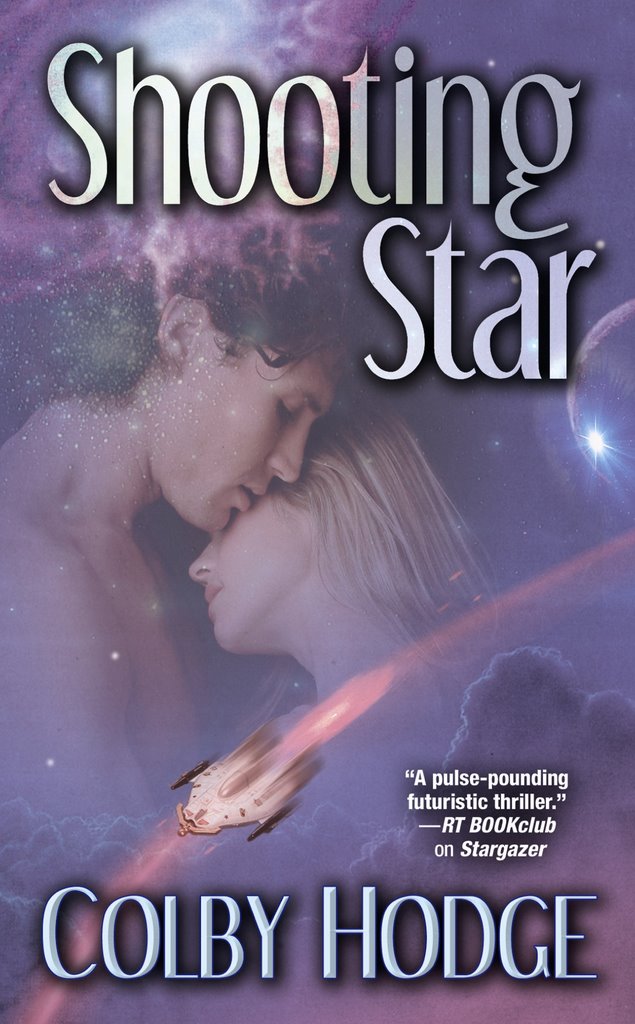 My December release, Shooting Star. This is my favorite cover on all of my books. And of course I love the story.

Fast talking, hard hitting, devil-may-care Ruben could outmanuever anyone who sought to attack him, charm any he chose to befriend. At the helm of his starship he was invincible, when driving a hard bargain, unbeatable, in the bedroom of a beautiful woman, unstoppable. But the secrets of Ruben's past were about to catch up with him and put everything he thought he knew about himself to the test. Now his ship has crash-landed on a primitive world, the voice of his long-lost brother whispering in his mind was causing him to question his sanity, and a mysterious beauty had cut through all his defenses to the lonely man beneath. In Tess's arms he would find his true elf, igniting a love that blazed through the night like a Shooting Star.
Posted by Cindy Holby at 2:40 PM