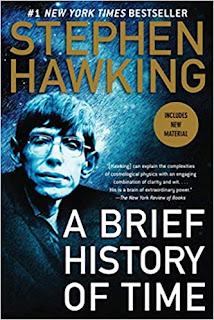 This blog is about Alien Romance, or human/non-human Soul Mates - Love at first sight, and Love Conquers All.

It is all about the essence suffusing the state of mind where, somehow, what others think is crazy and unreal is actually perceived in a new, different way, from a new perspective.

Romance is a state of mind, and many writers on the subject hold that the perception of another person available in a state of "Romance" is actually more accurate than the everyday assessment anyone might make of that person.

One of the ingredients in Alien Romance is the idea of a non-human species, evolved on some other planet around some other star, either coming here -- or humans going there.

For human and Alien to meet (for a rousing good Romance Novel) you have to postulate a transport mechanism.

Yes, Stephen Hawking Lied To Us All About How Black Holes Decay

These days, it's not enough to do what Star Trek did and just "say" that the ship is propelled into "Warp Drive" using engines that have to contain a (non-existent) substance you say is Dilithium Crystals.

Too many people know too much.  Things that used to be available to learn only in University post-Graduate seminars are now taught in High School -- even Elementary School or Middle School.

So here is an article (with animated illustrations) from Forbes Magazine that shows how currently known science tosses out very firmly established knowledge to chase after something new.

Experts can be wrong - or misunderstood.

Authorities should be believed only after proving what they say to you, independently, for yourself.

One of the items I remember from A BRIEF HISTORY OF TIME by Stephen Hawking is the firm assertion that interstellar travel is impossible. (well, we've heard that for decades).

But he had the math to prove it.

But it's OK because there are no other living civilizations out there, anyway.  Math proved that.

Guess what? Now math (with new, different assumptions) indicates there may be over 30 civilizations out there.

So it's not OK that we can't go there. If "they" can go around, so can we.  Even if it's impossible.

Now comes an astrophysicist thinking around the edges of Hawking's theory.

Black Holes and the fabric of space-time, the nature of reality and existence, are the sum and substance of the reasons why "space travel is impossible" - but it turns out, maybe that's just not the case.

As usual with Science - it is partly fiction.  Math is the language of Science, but to do the Math you need to input assumptions - you need to postulate and hypothesize.

If you change the input assumptions, the output changes.

Here is an article in the widely respected magazine, Forbes, posted at Forbes.com -- in July 2020.

Yes, Stephen Hawking Lied To Us All About How Black Holes Decay
https://www.forbes.com/sites/startswithabang/2020/07/09/yes-stephen-hawking-lied-to-us-all-about-how-black-holes-decay/

--------quote------
None of this should serve to take away from Hawking's tremendous accomplishments on this front. It was he who realized the deep connections between black hole thermodynamics, entropy, and temperature. It was he who put together the science of quantum field theory and the background of curved space near a black hole. And it was he who — quite correctly, mind you — figured out the properties and energy spectrum of the radiation that black holes would produce. It is absolutely fitting that the way black holes decay, via Hawking radiation, bears his name.

But the flawed analogy he put forth in his most famous book, A Brief History of Time, is not correct. Hawking radiation is not the emission of particles and antiparticles from the event horizon. It does not involve an inward-falling pair member carrying negative energy. And it shouldn't even be exclusive to black holes. Stephen Hawking knew how black holes truly decay, but he told the world a very different, even incorrect, story. It's time we all knew the truth instead.
---------end quote--------

This does not mean you're free to postulate just anything convenient to tell your story.

Roddenberry had to do that, but you must not if you're writing a novel (not a screenplay).

But you have to fictionalize your science, while at the same time you make your fiction scientific.